How can we help? - Disrupting the Regulatory Industry 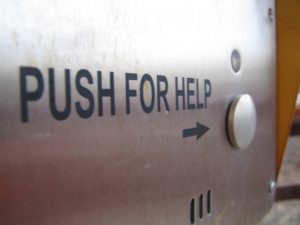 I recently rehashed an old idea of mine as I was reading Chris Skinner’s post “Real-time connections between regulators and banks is a game-changer.” If a financial regulatory body (like FINRA or ESMA for instance) was being created today, how could it be different?

As Chris lays out in his post, regulators are starting to look forward and not just backward. The way he sees it, they are also “...encouraging startups and innovation” and “...jumping on the innovation bubble emerging from Fintech.” I don’t know if I have witnessed a lot of ‘jumping’ first hand, but I agree there seems to be a shift in attitudes in a positive direction. However, I think more is needed than just a attitudinal shift to improve the existing regulatory landscape.

Today, if you are a regulated entity in the financial markets:

Effectively, today’s regulators are operating in a ‘gotcha!’ model driven by legacy processes, insufficient data and the weight of public pressure.

It’s Not Easy Being a Regulator

For the longest time regulators have tried to do their best to make the capital markets better and safer. To do so they need to surveil and monitor tens of thousands of entities with a fraction of the staff needed and budgets they often don’t control. They also know the general public wants blood for real and imagined malfeasance at every turn. Thankfully, there is a better way and as in a lot of other industries, it’s through the application of intelligent technology.

Believe it or not, applying intelligent technology doesn’t actually start with the technology. It starts with asking better questions. In the current model, regulators are on the hunt for infractions and compliance officers are hoping and praying they don’t miss something. Instead, what if regulators asked their member firms “how can we help?” It’s a pretty simple four word sentence that just happens to be our one of our company’s core ideals, but it is a radical notion in financial regulation. Today, if you ask any regulator - “how can you help me get data to you easier?” or “how can you help me stay in compliance?” or “how can you help me surveil trading activity?” - you will likely be met with stunned silence. Try asking for guidance on industry best practices and they will likely say “we really can’t say.” It’s not that regulators want to be less than helpful, it’s that they are currently designed and incented to be so.

In theory, the underlying premise of regulation is to encourage companies to comply with rules set forth to protect investors and maintain the integrity and safety of the markets. If that is the case, and I believe it is, why shouldn’t regulators HELP firms be in compliance. For instance, a very helpful first step would be to provide regtech tools to each and every firm under their jurisdiction to enable and promote compliance on a real-time basis. This technology exists today. Firms like Eventus, as well as others, have systems that can take in information from every OMS, EMS, PMS and/or any ‘_MS’ system, as well as take in drop copies from every marketplace, clearing entity, CCP and exchange in real time. All this trading information can be reconciled real-time by both the regulator and the regulated. Apply some AI to this massively deep data set and you have what Skinner calls “regulatory intelligence,” which would be tremendously impactful to the entire industry.

Another benefit would be an overall reduction in cost. Instead of each firm building their own technologies and systems, the regulator could leverage its scale to provide tools at a fraction of the retail cost. Data retention in the capital markets industry is a multi-billion dollar industry. Again, if all the trade data is flowing to the regulator in real-time, you should really only need to store that data once. This would dramatically reduce storage costs. The CAT (consolidated audit trail) is a stab at this in the US equity and options market, but it is years delayed, has numerous exemptions in it and it is T+1. The effort is appreciated, but it doesn’t go far enough.

Lastly, the ‘help-first’ regulator would work far more efficiently and effectively than today’s ‘gotcha’ regulator. Currently, firms are regularly being asked about their business operations or issues that occurred many months or even years after the fact. In the new model, regulatory audits would be automatically triggered when the information stops coming in or doesn’t look kosher. Disruptive behavior, market structure issues and inappropriate risks could be handled in minutes, hours and days instead of years. Examiners would spend far less time sifting through a hodge podge of stale data and their time could be more easily reallocated to the pursuit of legitimate bad actors.

Overall, the disruption described above is dead simple, but the effects across the industry would be dramatic.  This new model promotes radical transparency, immediacy, safety and efficiency.  All great things just by starting with the question, “how can we help?”